How to avoid frozen pipes during the winter 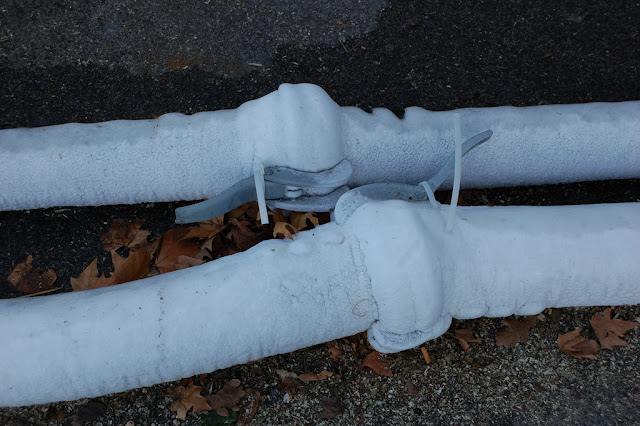 Frozen pipes during the winter season can be common occurrence in households especially those that live where harsh winters occur. The good news is frozen pipes can be entirely prevented. Even during the coldest time of the year.
Pipes generally freeze because they lack insulation. Most likely these pipes are those that run in the attic, garage, in the basement, under the sink or inside cabinets, those that are exposed to harsh cold outside the home like those which connect to the sprinkler, the swimming pool, or garden and landscaping water sources. In essence these should all be protected somehow to prevent freezing during the winter season.

Frozen pipes can instantly become a plumbing disaster? Why? It can lead to broken pipes, burst pipes, and it temporarily prevents water from running in the faucet and wherever you need access to it.
The website Consumer Affairs described how catastrophic a frozen pipe could be. “When water in a pipe freezes, it expands and puts tremendous pressure on both metal and plastic pipes. If the pipe breaks, it can easily release a torrent of water into the building. Obeying the law of gravity, the water will gradually work its way to the lowest part of the building, usually a basement or crawlspace.” Read the rest of the write-up here.  https://www.consumeraffairs.com/news/what-happens-when-the-pipes-freeze-012115.html

How to deal with frozen pipes

The American Red Cross has shared in their official website tips on how to deal with freezing water pipes. According to the Red Cross article, if water pressure has dramatically gone down in your home, then most likely, it is because of a frozen pipe.
“Keep the faucet open. As you treat the frozen pipe and the frozen area begins to melt, water will begin to flow through the frozen area. Running water through the pipe will help melt ice in the pipe. Apply heat to the section of pipe using an electric heating pad wrapped around the pipe, an electric hair dryer, a portable space heater (kept away from flammable materials), or by wrapping pipes with towels soaked in hot water.” The rest of the instructions can be found here. https://www.redcross.org/get-help/how-to-prepare-for-emergencies/types-of-emergencies/winter-storm/frozen-pipes.html

Prevention is the key

Plumbing experts say the best way to avoid having frozen pipes is to prevent it. Preventive maintenance inspections scheduled every year greatly helps avoid it. These inspections are best undertaken before the winter season so that your plumber can also prepare your plumbing fixtures for the cold months.
When it is really cold outside, run the faucet even on just trickles to avoid thawing. Open the cabinets where pipes could be so that warmer air could at least get inside and warm the pipes up. Garage doors should also be shut as much as possible to prevent the cold from coming in. Do not set the temperature lower than it should be even if you are not home because the pipes could also freeze.